A WORKPLACE ACCIDENT LEFT FATHER-OF-TWO ROHAN SYKES IN AN INDUCED COMA FIGHTING FOR HIS LIFE WITH THIRD-DEGREE BURNS TO 35 PER CENT OF HIS BODY.

Rohan now shares his story motivated by the notion that ‘every worker should feel they are entitled to go to work and come home every day’.

A qualified fitter and turner, Rohan was working at a glass bottle factory in Melbourne’s west in 2011 when exposure to radiant heat from molten glass caused his upper body to catch fire.

Rohan explains what happened and how a series of communication failures made his situation even more serious and caused him to end up in an induced coma for three days and hospital for six weeks.

From beating what might have killed him, to battling the guilt of the perceived strain on his young family, to exposing the safety systems that failed him.!

The accident caused his initial injuries but he has since undergone countless procedures including skin grafts and blood transfusions. His rehabilitation would go on for years. All the while with unwavering love and support from his wife Claire and two daughters, Zoey and Dakota, who were two years old and five months old at the time of the accident.

Rohan received permanent physical scarring as well as mental and emotional anguish including post-traumatic stress. However, he harnessed that anguish to fuel his pre-existing passion for workplace safety and form a mission to help others avoid the pain that he went through. This has led Rohan to share his story at workplaces throughout Australia.

Rohan’s story will make workplaces and individuals completely re-think the way they approach safety. Having Rohan speak at your workplace or to your group will provide an emotional insight into the devastating impact of a serious workplace incident & a breakdown of safety systems.

Invite Rohan to your workplace to share how a lack of communication changed his life forever.

Rohan’s message is an important reminder that it is not always what WE do that causes a life changing event, it can also be the acts of others that are not within our control.

His presentation took us on the journey from incident to today and everything in between. His strength and courage to relive this in such detail is to be commended. His story is a stark reminder of the impact a work place injury has on not only the injured person but the complete family, friends and colleges. He presentation is one of the best we have seen and can highly recommend his presentation. He connected with all the people in the audience from office workers to trades, he was brilliant. We cannot thank Rohan enough for sharing his story.

Rohan has experienced a major trauma in his life. He was able to clearly articulate the contributing factors that led to his accident and to keep his audience enthralled with the personal challenges of dealing with the impact on his life after the accident. Rohan is an excellent speaker and provides realism to the safety training that we all undergo.

Just thought that I would extend my appreciation and gratitude on behalf of ThyssenKrupp for sending Rohan to our QLD branch. His sincerity, honesty and the personalisation of his presentation was so clearly evident and touching.
Please send Rohan my regards and our deep gratitude for his time over the past few days. I look forward to engaging with Rohan and yourself in the future.

What we have been up to in Isolation? 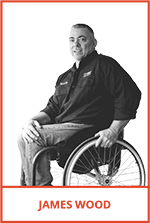 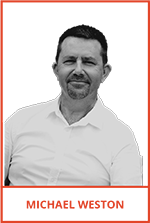 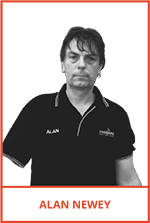 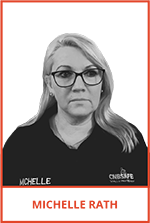 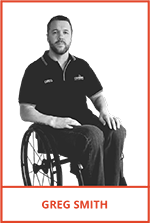